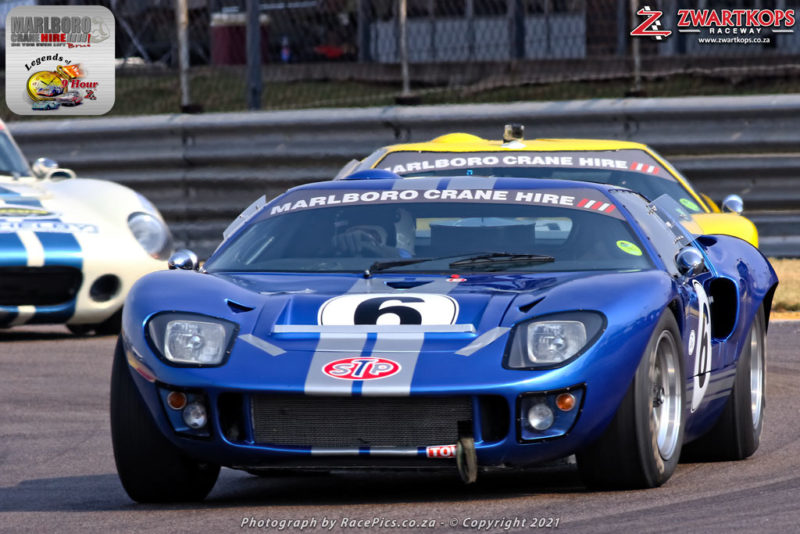 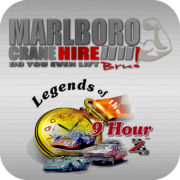 THEY CAME, THEY PARTICIPATED AND THEY WON 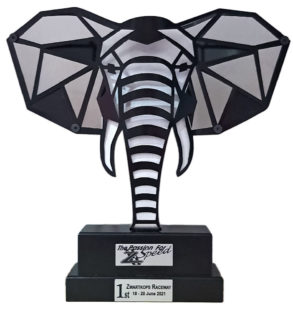 The Legends were “resilient”. Resilient is defined as those who can withstand or recover from difficult situations and then bounce back.

This is what the Legends of the 9 HOUR did under strict Covid-19 conditions over the weekend 18/ 19/ 20th June 2021 as we celebrated 20 Years of the David Piper/ Passion for Speed Festival.

Zwartkops hails all those who competed over the weekend. Our fields were good, and the racing was usual a celebration of past and present. There were however a number of withdrawals before the event. They were mainly related to covid contact/ isolation and family concerns. We missed them but fully understand their circumstances. Our event went ahead. It was a brave decision by Zwartkops. There was risk however we respected the regulations and saw it through. Subsequently, recent events a mear five days after the weekend would have meant cancelling the event.

WE DID IT and reports thus far nobody contracted the decease for being at Zwartkops. Now that events are being postponed, we are very relieved that we went ahead as it seems our motor racing will stall for least another month with travel restrictions.

Thank you Zwartkops and its executive and all the officials who made the event possible.

The SA Tourist Trophy for Le-Mans/ Sebring Sports and GT

We had a strong line up in the top class. Warren Lombard’s Cobra, Chad Ten’s Cobra, James Temple’s Daytona, Oliver Dalais in his rebuilt GT40, Mark and Jonathan in the yellow GT40, Marc Miller and Peter Baily in the red Daytona. In Class B it was Johan de Bruyn who so nearly won overall. Class C and it was a contest between Djurk Venter’s Daytona, Allan Garrow’s Shelby Cobra and Kobus and William in their Porsche 911 plus Robyn Kruger and her father John in the black Chevron B8 on ‘very old tyres. 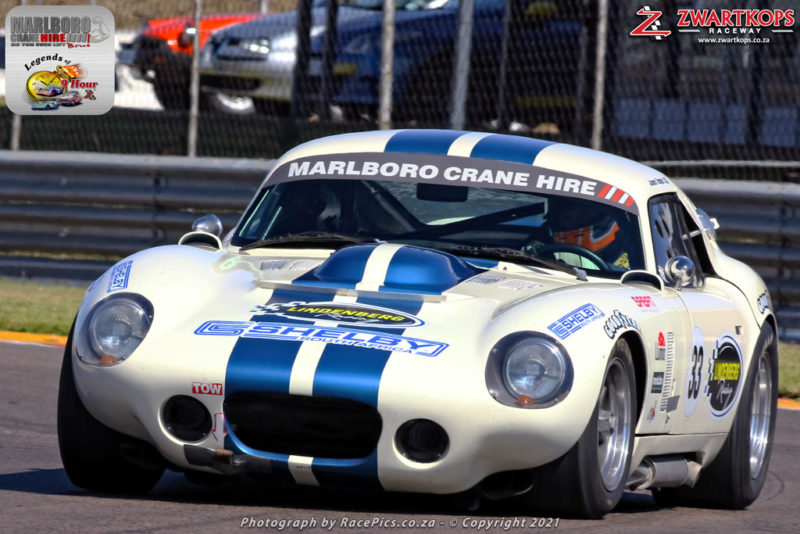 The 45minute T/T always brings its dramas, close finishes and surprises. After a cautious start, James Temple came through to win followed closely by Josh Dovey who really has the Ginetta going. In third was Johan de Bruyn in the Porsche 911 and then a spluttering red Daytona of Miller and Baily. The rest of class A had their dramas. Both GT40’s dropped out. Chad’s Cobra had an accelerator pedal break, Allan Garrow lead home, Djurk Venter in his Daytona with the Brits finishing 3rd in Class B. Class D went to the Marauder Spare a thought for Ismael Baloyi two Darts failed him!

This is a high-profile event with icon cars representing the great 1960’s Le Mans/ Sebring battles. 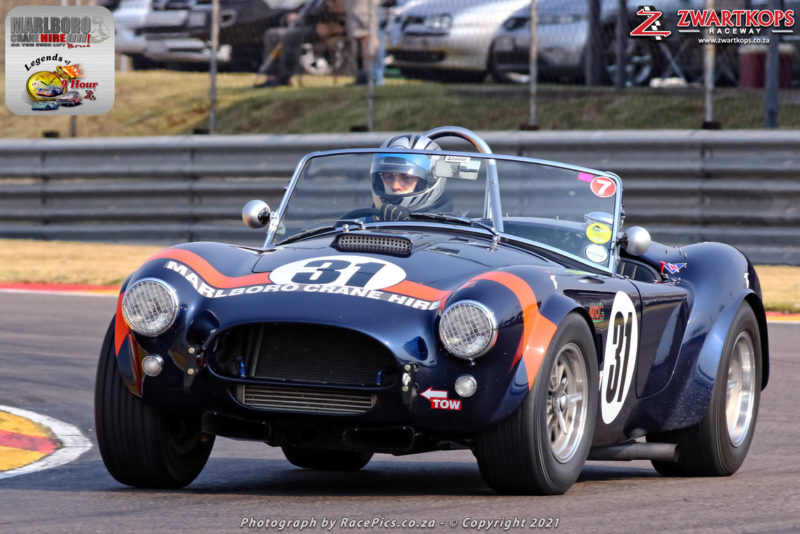 The entries suffered under Covid, pre-race breaktimes and difficulties in obtaining parts from the USA. This resulted in combing the series with Midvaal Historic which produced a massive grid of 42 cars. Rob Beaumont won ISP with a great chase to Willie Hepburn’s Opel Record. Rui Campos put up a great show in his Porsche RSR followed by Stephan Snyders and Peter Bailey in the blue 917. Mark du Toit won Class C in the DOT (Non-Slick) Lola T70 and Jeff Kruger led the Trans-Am category in Carel Pienaar’s Camaro.

The Greats of the past were headed overall by Franco Di Matteo in the Ex Peter Gough Westbank Astra V8.

It was a great weekend for our legendary Shaun van der Linde who won Greats of the Past in Josh Broome’s group N 1990 BMW 325i. Index of performance while Kalvin van der Linde won the DTM race in France on Sunday. Second, on index was Josh Broome in the actual 1990 Opel SuperBoss. 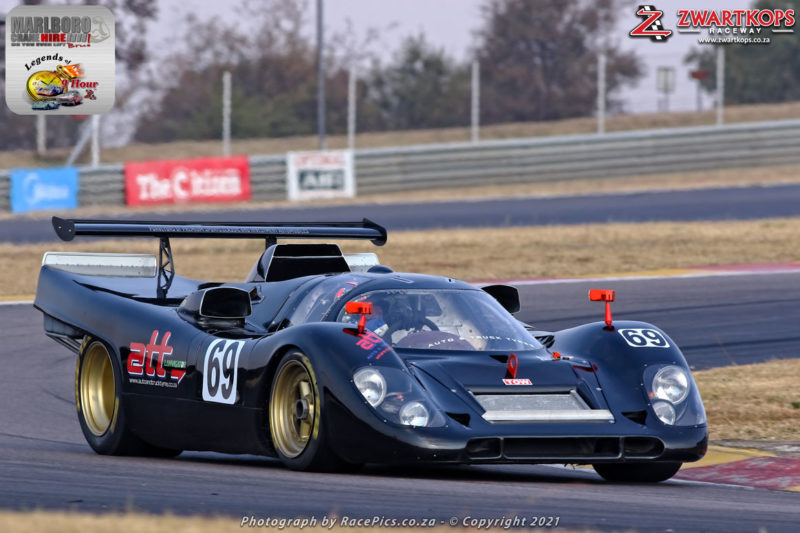 This is an annual battle of the Giants. It is unbelievable display skill and with no technology that these enraged big “hippos” can do. Full credit to those who prepared them and the drivers who take up the brave challenges. Every year they just seem to get faster the drivers race to win. It is unbelievable. This year was no exception. The field was a little smaller but the racing just as exciting. Big battles all in close company with each other. This year Seef Fourie took over the big red Galaxie no.177 and promptly lapped under 73 seconds an almost two-ton car on DOT tyres. It is almost impossible to believe. Unfortunately, in race one  Seef had a humongous spin coming out of turn three and almost covered the entire back straight going backwards. HE SAVED IT – AMAZING. 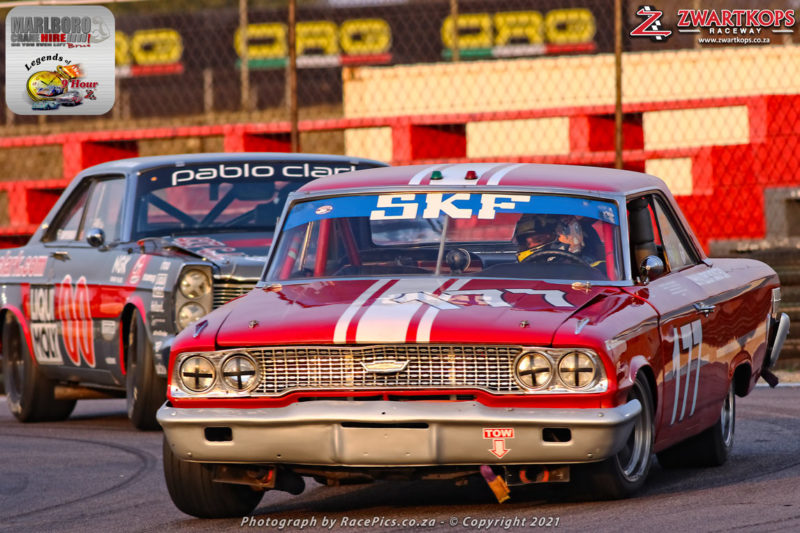 This event will not be the same if we did not have Sarel van der Merwe in a big V8. Sarel’s mount was Paulo Cavalieri’s 1964 Ford Galaxie. The “Grey Bird”. Sarel is always in the results and ended the day with a 3rd overall.

The second heat produced a battle between Jeff Kruger (who not finished in heat one), Ben Morgenrood’ Mustang and Jonathan in the Nova. Jonathan just made it to first place. Mark du Toit would have been in the group, but not only did he have gearbox problems but also steering failure. Mark was not impressed. Oliver Broome won Class B in the Van Rooyen livered 1965 Mustang.

The U2 however went to Carel Pienaar in the Lotus Cortina. It could have been different had Marc Miller not gone wide which gave Carel a bit of space. 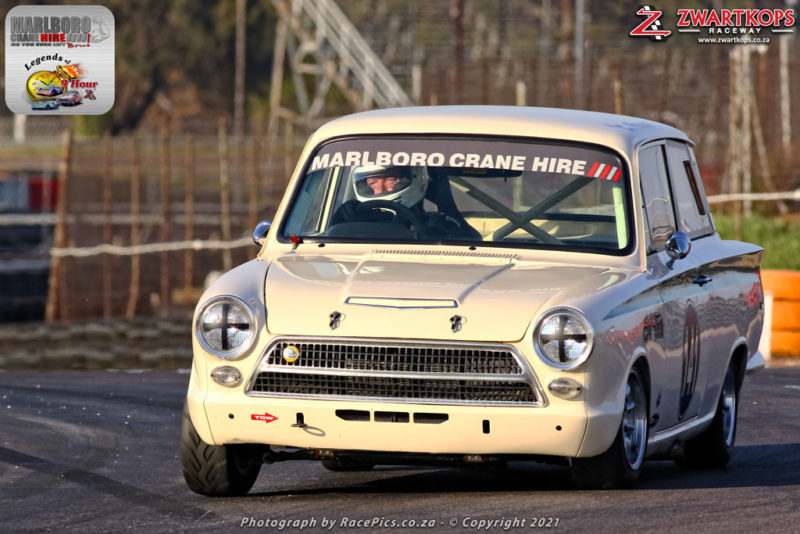 LITTLE Giants – those who humbled the high and mighty and attracted status with the public always produce interesting fields and great racing. The battle up front was John Simpson, Riaan Lubbe and Gary Stacey who humblest the Alfas with his Cortina. The Mini Coopers Kyle Brink and Terrence Botes in their mist is absolutely amazing.  John Ten deserves driver of the day with the mid 1950’s Protea Ford he was however chased by Ed Botes in his Mini Cooper. It was great to have John Kruger joining us in the yellow Consul 315, Brian Rowling’s and his incredible Ford Anglia 105 is the envy of the paddock. Chad Ten in Class C in the rebuilt Alfa Sprint followed by Jaco Taylor SNR in the Alfa GT. 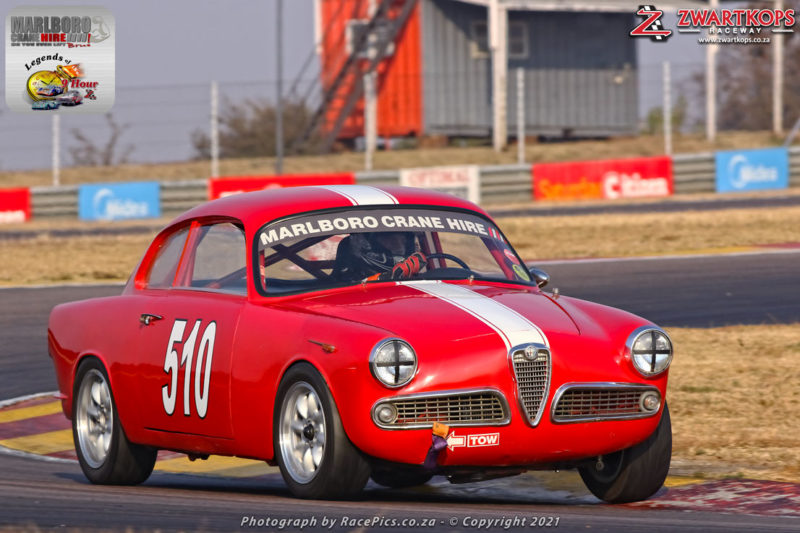 Thanks to all the LITTLE Giants who came again and gave us a great event. 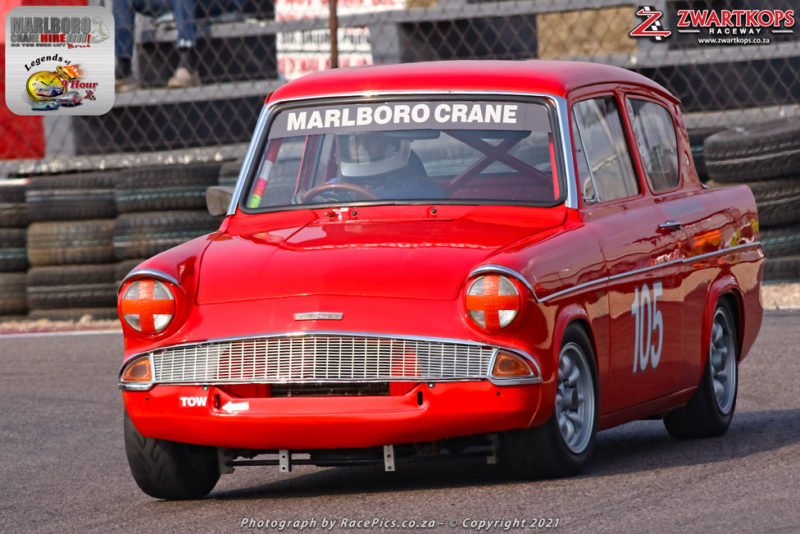 NOTE: We will have a Zoom Meeting Shortly and discuss our revised calendar. In the meantime, be safe and look after your cars there is always a tomorrow,

See you at Zwartkops Raceway!