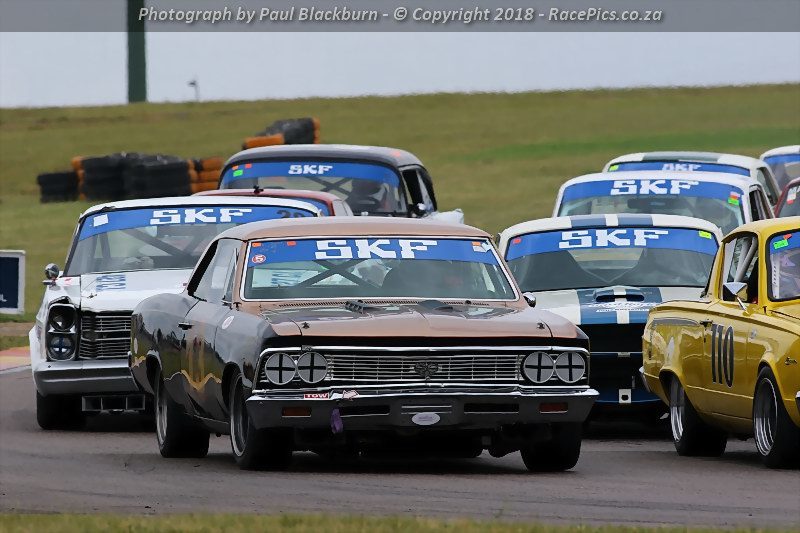 The historic technical passport (HTP) is a valuable document which has to be respected.

These National Regulations have been in place for some five years and, except for a few minor adjustments have not changed.  There have been changes to the sporting regulations which are adjusted to ensure compatible promotable events.

Historic Racing is a serious business in the Western World.  There are two types of competitors on the race tracks.  The first type of competitor is “aspirational”.  That is they are competitors who aspire to a career in motor sport and are professional.  The second category is known as “participative” competitors.  They love racing, have or find money to compete, some are very good; others just race.

Historic racing ranks “number one category” in the world today as participative motor sport.  In South Africa we have to focus on growing historic racing but in doing so we must be as practical as possible and at the same time, preserve the dignity of the cars and events.  In terms of the FIA we should be running to appendix K rules and regulations however, in the local context we have made some serious amendments in the interest of affordability.  The foundation of our rules are still Appendix K.

All the Legends categories run to national rules even if the particular car competes in another historic series.  It is in the interest of historic racing that all the makes and models of the respective era are compatible in terms of the national regulations.  Dispensations are allowed provided that such dispensations are signed off by the approved HTP inspectorate.

Sporting regulations are set annually and amended on an ongoing basis.

The sporting regulations are there for drivers/ owners and promoters.  These regulations are set in order to bring compatibility at specific events and a series.  E.g.: Little Giants (Pre’1966/68) have set cut off times overall and classes.  This also applies to U2 and Pre’1966/68 Sports & GT.  This allows for most competitors to have equal opportunity and also to stem modern race engineering techniques and cheque book racing. 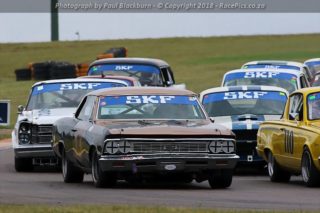 As for the big Pre’1966 Production Legends are concerned there is the added dimension of restrictor plates (NASCAR uses this method at certain US circuits).  These restrictor plates are used together with break out times in order to ensure as far as possible compatibility of the front running cars.  There is a huge range and specification of cars and models.  From mid’1950’s to mid’1960’s.

The restrictor plates are mainly used at Zwartkops particularly when there are International participants.  The Internationals (which are one of the major stimulants for the Legend series) come to South Africa in cars which in most instances comply to European regulations, only to be blown away by our local (special dispensation cars).  In order ensure that there is a measure of compatibility a set time for the day is set and the local cars balanced accordingly.  Those who break the set time are penalized.  It is a difficult position to be in when the leading drivers are really trying.  There is another issue.  Cars that have been developed (many with modern after market components and modifications) are matched against more circumspect cars.  These cars can easily run away from the latter many of which are being driven by aspirational and ex national racers.  It is humiliating for the latter to be thrashed by a participative competitor who has a car developed outside the spirit of the regulations.  If the participative competitor beats the aspirational on the same terms he will be the hero.  The public and fellow competitors will then acknowledge him for it.

Historic racing is a serious business.  There are rules which have been in place for some years and there are sporting regulations in the interest of competitors, promoters and “public interest”.  We all need to respect them.