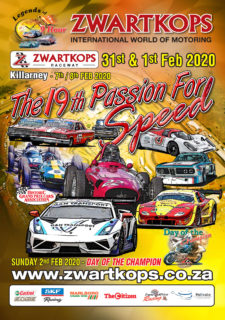 The world war babies of the 1940’s were young adults in the 1960’s. they knew little about war and the great depression. They lived in a new age of media, radio, telephonic and television communication and their music was Rock ‘n Roll. With it, however, came new influences and old order values and tensions. This new generation displayed a vigour and flamboyancy of a new culture with the quest for freedom to express their own destiny and write their own story rather than simply follow traditions which had been laid down for them from preceding generations.

They re-defined the world they lived in using the soul of Rock ‘n Roll, blue jeans and Twiggy miniskirts. Rock ‘n Roll – Afro Americans hybrid music out of the religious expression of black churches half a century earlier – came of age with artists such as Elvis Presley, Little Richard, Buddy Holly, Chuck Berry, The rolling Stones, The Beatles…

Previously Rock ‘n Roll were only for the more adventurous whites. Fans of the fifties had to wait for the soul music of the sixties to feel the rush of Rock ‘n Roll. It is this soul music of the sixties that has its roots so deeply entwined with the great age of motor racing. Both Rock ‘n Roll and motor racing involved with the idea that they were not to preserve for the select few! This generation was adventurous, and they wanted to write their own story and take a piece of the action formerly reserved for the privileged few.

“As the times were a ‘changing…” so this new generation demanded performance. Hot rods, dragsters, road race production cars and high-profile identifiable motor racing were in. the motor industry responded – from the big car makers to the backyard hole in the wall performance specialists… and gave us

A Passion for Speed 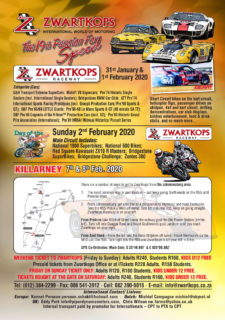 In the sixties the world’s fastest racing cars were more spectacular than Formula One!

The new go-go-go generation with Rock ‘n Roll as the rhythm of the age gave us the greatest age of motor racing. Motor racing was not the preserve of the select few. So along came Formula Junior. This formula was the greatest single seater formula ever. It spawned 27 major race car manufactures and equally as many lesser makes throughout the world.

It produced some of the greatest names in race car design and drivers ever – including three Formula One World Champions and just about every Formula One driver by the mid-sixties. Although the engines were production car based, many of the leading cars could equal the performance of contemporary Formula One cars. Not only an industry and a foundation to motor racing, it is also inspired the famous Cosworth F1 engine.

In England, as in the USA, the everyday motorist wanted to participate in this his road car.

In England it was the Austin A35, then Jaguar; in France it was the Renault Gordini; and in Italy Fiats and Alfas. But the biggest contrast of all was the USA with their enormous V8 Production Cars and NASCAR.

At Zwartkops at the beginning of February we have the Legends of the 9 Hour Production Cars pre 1066. Some of the most spectacular cars and makes of those halcyon days are now part of of a South African Series.

Then in 1966, the performance generation demanded that Formula One becoming big time, and so the 3-liter Formula came into being. At first the cars were painted the colour if the country of origin. By the end of the sixties they represented the colour of the sponsor – South Africa was the first country in the world to introduce colour bill boarding on racing cars – for Team Gunston.

In 1966 the Americans introduced Trans-AM racing for big American V8s – then GT Cars and European under 2-lite cars. By 1969 every US manufacturer had works teams with NASCAR champions, Indy 500 winners and Formula One drivers. It was even more popular than NASCAR.

The GT and Sports car had a completely different role in the early sixties the cars were largely driven to events. After the mid-sixties the cars became more sophisticated and with tyre technology advancing, were no longer street legal. Hence the split Pre 1996 and Pre 1972/4 for our Sports & GT events. Pre 1966 the race car builders took ideas where the found them, and for many it was a case of “brute force and bloody dangerous”. Whatever the technologies of the two periods, the cars were spectacular, very fast, low tech and clearly identifiable.

The Legends of the 9 Hour Series, which now Embraces:

It all adds up to the most spectacular series of events and cars from the greatest age of motor racing with the soul of Rock ‘n Roll of a go-go-go generation.

While the Golden Age Motor Racing/ Swinging Sixties came about through a new liberation of young people who wanted to write their own story, they also grew up, got married and had children of their own. The carefree motoring days with no national speed limits, high performance cars with very little in terms of road holding, brakes and tyre technology brought with it a great price. Governments introduced speed limits by the mid-sixties, miniskirts went higher and higher… and so did the stock markets. Then, BANG, in 1969, there was the was in Vietnam, conflicts in the Middle East and inflation, and then price of oil went up five-fold in as many months… By 1973 it was all over. The greatest Golden Age of Motor Racing was history. But at Zwartkops Raceway through the great Legends Series we can embrace the vibration and rhythm of swinging sixties.