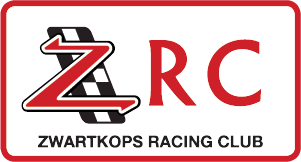 Extreme Supercars is a category of circuit car racing conceived and promoted by Zwartkops. The aim is to provide a high end racing series for GT cars incorporating high performance saloon cars (mainly ex production cars) which is the main attraction for the spectators at the Extreme Festivals. At present the overall championship is based on Time-Based classes but the longer term objective is to have a balance between Time-Based classes and Power-to-Weight homologated classes competing for the overall championship.

Extreme Supercars is an invitation series where the Extreme Supercar committee reserves the right to accept or decline any entry. Vehicles will be considered based on the following criteria:

The Table below summarizes the eligibility criteria:

Time Based Classes (There are Six Classes) as follows:

There are six classes as follows:


A new competitor will be allocated to a time based class after race 1. This will be based on his/her best lap time in qualifying and race 1.

Only lap times achieved at Zwartkops, Cape Town and Kyalami will be taken into account for class determination. At the other circuits class times will be posted on the official notice board.

What happens on breakout?

Once allocated to a class the competitor remains in that class unless he/she breaks out or applies to the committee to change class.

A class change to a higher class will be immediate upon breaking the lap time for the class for classes A- D. For example: if you are in class B and you record a time in qualifying, race1 or race2 faster than 1m4.5s you will automatically move up a class to class A and be scored as such for the day.

A Competitor may after the race meeting apply to the committee in writing, supported by good reason, to change from a higher class back to a lower class for the following event (ie from Class B to Class C). The same immediate breakout rule (4.4.5 above) will still apply.

Points will be scored for each race separately and for each class separately. The points awarded will vary according to the number of competitors per class, as follows:
3 competitors or more in class: 10 8 6 5 4 3 2 1
1 or 2 competitors in a class: 6 5
The overall race winner will score an additional 1 point per race.

All other competitors classified as finishers in the results published by the organisers of the meeting get 1 point.

To qualify to score points you have to complete a lap in any official timed session of the race meeting (practice, warm up, qualifying or a lap in either race).

If a competitor changes class then based on the below table he/she will carry the specified percentage of points to the higher class. This does not affect points scored towards the overall championship.

Example: A competitor usually competes in class C but exceeds the maximum lap time at the fifth event which puts the them into class B. This competitor will carry 90% of his/her points into class B.

All races score points and count towards the overall championship.

A competitor who is does not set a time in qualifying, or race1 may apply to start at the back of the class.

All Starts are rolling starts.

No overtaking is allowed before the start line of the race. This will be monitored using the timing system.
Contravention of this rule will result in the offending competitor receiving a 15 sec jump start penalty added to their race time.

Although points will be scored on a per race basis, trophies are awarded on the combined race times of race 1 and race 2 (or race 3 in the event that there are three races on a day).

It is the duty of every competitor to report any contact with another competitor’s car to a committee member within 30 minutes after the end of a race.

The Committee reserves the right to investigate any incident and issue yellow cards at its discretion.

If a driver is contacted in front of the rear wheel, both drivers may receive a yellow card regardless of guilt.

If a car is contacted on or behind the rear wheel, the incident will be investigated and a yellow card might not be given; the discretion of the committee will be used.

If a competitor receives a yellow card he or she will be penalised as follows:

The committee decision is final.

If there are less than 20 starters the committee may decide to combine the Extreme Supercar race with another category to increase the spectator appeal on the day.

For each event a competitor must use the same set of tyres in qualifying and the races. In the event of a puncture or major tyre destruction a competitor may apply in writing to the committee to replace 2 tyres.

Any provision unforeseen in drawing up these regulations and specifications, or any additions or amendments to be made thereto, shall be the subject of a circular to these rules, issued by the Extreme Supercar Committee.

The committee reserves the right to implement performance balancing for cars that break the cut-off time set out in table 4.4.1 above. This will be finalized at a meeting to be held in June 2018. The correct outcome would be to manage the outlying cars closer to a GT3 spec car over time (e.g. Camaro GT3 is 650Hp and 1290kgs).